R&B legend D’Angelo has been M.I.A. as it pertains to new music this past decade and a half. He has been quoted to say that the challenge of his image as a sex symbol and all that comes with that was one of the reasons for the delay.

Wait no more ladies D’Angelo is back! His team hinted at the release of his new album Black Messiah (credited to D’Angelo And The Vanguard) on Friday and shared the single “Sugah Daddy” over the weekend.

And as of midnight last night, the album is out now on RCA, and you can buy it at iTunes. Black Messiah  ?uestlove, bassist Pino Palladino, and drummer James Gadson, and Q-Tip and Funkadelic’s Kendra Foster both helped out on lyrics.

Right now, you can stream the entire thing below, via Spotify.

Uptown Magazine: Back To Life Chronicles D’Angelo’s Rise To Fame, Hiatus, And Comeback

During a New York City listening event, the singer clarified the meaning of the album’s title

“Black Messiah is a hello of a name for an album. It can be easily misunderstood. Many will think it’s about religion. Some will jump to the conclusion that I’m calling myself a Black Messiah. For me, the title is about all of us. It’s about the world. It’s about an idea we can all aspire to. We should all apsire to be a Black Messiah.

It’s about people rising up in Ferguson and in Egypt and in Occupy Wall Street and in every place where a community has had enough and desides to make change happen. It’s not about praising one charismatic leader but celebrating thousands of them. Not every song on this album Black Messiah creates a landscape where these songs can live to the fullest. Black Messiah is not one man. It’s a feeling that , collectively, we are all that leader.”

The lead single for Black Messiah will be “Really Love,” a previously-released track that has been updated. 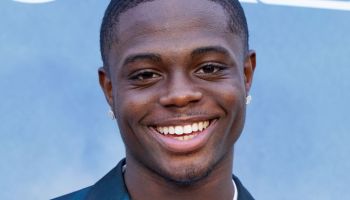